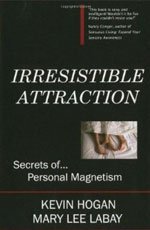 “What you look like really talks” and Page 69 “Initial Impressions”

The power of physical appearance
Your perceived level of attractiveness by other people will be a significant benefit or detriment in your life. It isn’t fair, but it is true.

Can you change your appearance?
“In one significant study of 58 unacquainted men and women in a social setting, we learned that after a first date, 89% of the people who wanted a second date decided to do so because of physical attractiveness of the partner (Brislin and Lewis) ….. Study after study reveals that how your look is critical to someone’s first impression of you. You can’t change everything about your physical appearance but you can definitely make changes that will give you a booster shot.”

First glance. That’s it. You have two to three seconds to impress a person. They will either be attracted, or they won’t. If you still are not convinced, go to the mall or to a bar or a restaurant. Look around at everyone there. How long do your eyes rest on that other person before you made a judgement about them? Are they attractive? Are they interesting? Are they worth the effort to possibly get to know them?

It doesn’t take long to make an assessment, does it? When you look around the room, what is it that really strikes you about a person? What is it that you notice first? Regardless of our specific mating criteria, the first impression we get of others will be instantaneous. We filter out anyone who doesn’t meet our standards.

The first glance
The very first impression will be based on the person’s physical appearance and their mannerisms. This would include clothing, hair, cleanliness, countenance, posture, confidence, weight, facial expressions, proportions, fitness, health etc. What we are looking for is their overall attractiveness. … Even if you get the opportunity for future contact allowing for a deeper exploration of the personality and character of another person, any negative first impressions will have to be overcome. So once again, the initial impression – the first glance – is so vitally important.

Wouldn’t it just be simpler to start out on the right foot, with a great first impression? … Anyone is capable of being more attractive if they are willing to put effort into it…… both genders are capable of radical improvements if they put the effort into it.

Hair
A person’s hair is frequently the first thing that others will notice. It can be one of the most important first glance features that you can emphasize. Attention to your hair can go a long way in presenting your most attractive look. It is phenomenal how easily hair can add or subtract years from a person’s apparent age. Youthful healthy hair can help to make most people look ten years younger and much more attractive. 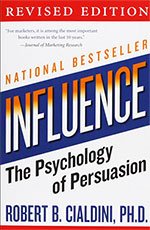 INFLUENCE – THE PSYCHOLOGY OF PERSUASION

Physical attractiveness
Although it is generally acknowledged that good-looking people have an advantage in social interaction, recent findings indicate that we may have underestimated the size and reach of that advantage. There seems to be a click, whirr response to attractive people. Like all click, whirr reactions, it happens automatically, without forethought. The response itself falls into a category that social scientists call “halo effects”. A halo effect occurs when one positive characteristic of a person dominates the way that person is viewed by others. And the evidence is now clear that physical attractiveness is often such a characteristic.

Research has shown that we automatically assign to good-looking individuals such favourable traits as talent, kindness, honesty, and intelligence. Furthermore, we make these judgements without being aware that physical attractiveness plays a role in the process. Certain of the consequences of this unconscious assumption that “good-looking equals good” scare me. For example, a study of the Canadian federal elections found that attractive candidates received more than two and half times as many votes as unattractive candidates. Despite such evidence of favouritism toward handsome politicians, follow-up research demonstrated that voters do not realize their bias. In fact, in 73 percent of Canadian voters surveyed denied in the strongest possible terms that their votes had been influenced physical appearance; only 14 percent even allowed for the possibility of such influence. A similar effect has been found in hiring situations. In one study, good grooming of applicants in a simulated employment interview accounted for more favourable hiring decisions that did job qualifications – this, even though the interviewers claimed that appearance played a small role in their choices.
Equally unsettling research indicates that our judicial process is similarly susceptible to the influences of body dimensions and bone structure. Good-looking people are likely to receive highly favourable treatment in the legal system. For example, in a Pennsylvania study, researchers rated the physical attractiveness of seventy-four separate male defendants at the start of their criminal trials. When, much later, the researchers checked court records for the results of these cases, they found that the handsome men had received significantly lighter sentences. In fact, the attractive defendants were twice as likely to avoid jail as the unattractive ones. In another study – this one on the damages awarded in a staged negligence trial – a defendant who was better-looking than his victim was assessed an average amount of $5,623; but when the victim was the more attractive of the two, the average compensation was $10,051. What’s more, both male and female jurors exhibited the attractiveness-based favouritism.

Other experiments have demonstrated that attractive people are more likely to obtain help when in need and are more persuasive in changing the opinions of an audience. Here, too, both sexes respond in the same way. …… A major exception to this rule might be expected to occur, of course, if the attractive person is viewed as a direct competitor, especially a romantic rival. Short of this qualification, though, it is apparent that good-looking people enjoy an enormous social advantage in our culture. They are better liked, more persuasive, more frequently helped, and seen as possessing better personality traits and intellectual capacities.

Postage and packaging is included for UK mainland and addresses for orders over £16. Orders under £16 are subject to a £5 postal charge.
MENU
This site uses cookies: Find out more.